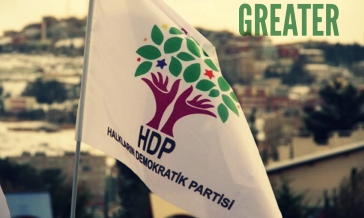 Today is election day here in Turkey. Strike that. It’s actually re-election day since a few months back should have been election day. Problem is, the powers that be didn’t much like the outcome of that first election. They proved too intransigent to allow for a smooth transition of power and a new coalition government since they wouldn’t be in control. So now Turkey gets to try again. Needless to say, things are a wee bit tense around here. There isn’t so much fear that another bombing like what happened in Ankara a couple weekends back as there is surprise that more hasn’t already occurred.

With all that tension and all that is riding on these elections, I have heard friends, both Muslim and Christian say things along the lines of “This could be the most important day in the history of Turkey.” While I understand that today is extremely important, it would have to be quite huge to top such days as October 29, 1923, when the Republic was founded, May 29, 1453, when the Turks took Constantinople from the Byzantine Empire, the day Constantine decided to move the capital of Rome eastward to Byzantium, or the day Paul landed near Antalya to begin his first missionary journey. Though I may be wrong, I personally believe things like the burning of Smyrna (the lowpoint of the Armenian Genocide) was and more recently Gezi Park two years back will probably considered a bigger day than today.

Why would I think that? Because elections usually are far less influential than we give them credit for being. It wasn’t an election that brought Hitler to power, it was a movement. Elections played a part but they were a product of what was happening, not the cause. In the same way, these elections seem to me to be more of a product of what is happening already in Turkey and, perhaps, a catalyst for what is to come.

For those reading this back in America, you also have elections coming right around the corner as well. Granted, the elections this Tuesday are barely a blip on the radar and already the focus is on those coming a year from now as candidates line themselves up more than a year in advance, wasting time and resources, to try and sit on America’s throne. There are greater things to focus on.

I have often said and thought things along the lines of “All politicians are the same. Voting democrat or Republican (AKP, CHP, or HDP) is a choice between tweedledee or tweedledum.” In a sense, this is a reflection of my view that politicians are more often a product of the flows of history than the causes. On the flip side, I take strong umbridge when others use similar arguments in the religious sphere. I have Muslim friends who, I think they are trying to be nice, will say things along the lines of “We have Muhammad, the Jews have Moses, you have Jesus. They are all great prophets who should be respected and followed.” I have heard similar statements from Buddhists and Hindi who would add the Buddha to the list.

Lets just say that those who are elected here in Turkey, or there in America, or wherever you happen to be reading this from, are God’s faithful servants. That is what we should be hoping and praying and voting towards. But no matter how good and godly they might be, Jesus, as God, is greater. His impact and influence is greater. He isn’t just a product riding the currents of history. He is its cause and destination.