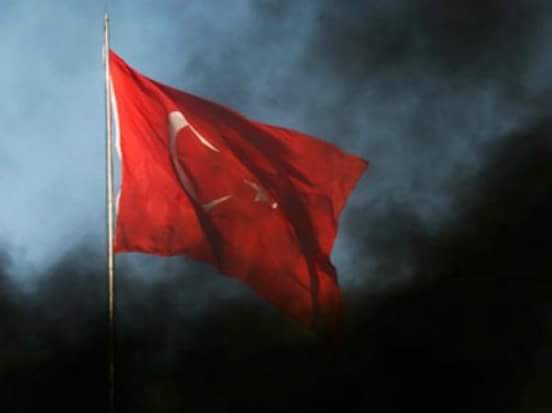 Today, I weep for Turkey.

Yesterday, November 1, 2015, in a stunning victory in which they “somehow” outperformed virtually everybody’s polls, the AKP managed to steal back the ruling majority they had lost in June’s far more legitimate elections. What can be seen as a win for the AKP is a loss fof Turkey.

It is first and foremost a loss for the Kurdish people and Turkey’s minorities. The lion’s share of the blame for the AKP’s loss in the June elections has fsllen on the pro-Kurdish HDP. In retaliation Erdoğan bagan a bombing campaign on Kurds in northern Iraq (the very ones fighting on the front lines against IS) and intensified a campaign of intimidation and pseudo-legal opposition against Kurds inside Turkey. In September, HDP leader Demirtas faced legal investigation for “humiliating the Turkish people and insulting the president.” The OSCE (Organization for Security and Co-operation in Europe) has oficially declared these elections unfair saying they were conducted in central and southeastern Turkey “overshadowed by a climate of fear.”

It is also a loss for free speech. The Wednesday prior to this election Turkish police raided the offices of two television stations supporting opponents. The day before “legal” action was begun to shut down an opppsition newspaper that, according to AKP lawmaker Aydin Unal, “insults the AKP every day.” It isn’t just major media outlets that are under attack. Hurriyet, Turkey’s largest news site, reports that two boys aged 12 and 13 are being prosecuted for ripping down a poster of Erdoğan. Their charge of “insulting the president” can lead to a prison sentance of up to eight years. Even today, after the elections, the editors of Nokta magazine have been arrested for their controversial coverage of the results.

It is a loss for social media in Turkey. In August, Twitter issued a report of how often various governments have appealed to them to remove specific content. More than 70% of all the requests came from Turkey. In the first half of 2015 they have issues 408 court orders and an additional 310 official requests to remove content. Apparently Twitter wasn’t compliant enough because it was blocked completely in the month of July. In April youtube and facebook were also briefly blocked and dozens of major Kurdish webss have been shut down since mid July. Currently there are 81,000 websites banned in Turkey and a law passed in March gives cabinet members power to add to that growing list at any time, without court approval or public notice, for a wide range of reasons.

It is a loss for democracy. As news of voter intimidation leaked out, an American White House spokesperson set Turkey on notice that the White House was, “deeply concerned that media outlets and individuals critical of the government were subject to pressure and intimidation during the campaign.” Spokesperdon Josh Earnest continued: “We have both privately and publicaly raised concerns about freedom of the press, freedom of speech, and the right to assembly in Turkey.” The biggest factor in the AKP’s return to majority is that they are far closer to achieving their goal of a constitutional change that will greatly enhance president Erdoğan’s powers. As the Huffington post stated, “this victory was achieved at a heavy cost to Turkey’s democratic system.”

Finally, it is a loss for religious freedom. Author Mehmet Yilmaz, speaking about religious and ethnic minorities writes, “The fact the elections resulted this way means that the palace’s aggressive ‘otherizing’ policies are accepted. This acceptance means that this country, for a long time, will not find peace.” According to the AKP’s 2016 budget plan two of the biggest increases, which can now be passed without change or compromise, will be the MIT and the Diyanet. The MIT, Turkey’s secret police, will increase 47% and the Diyanet budget will go up 700 million lira. The Diyanet (Directorate of religious affairs) has a stated purpose: “To make decisions, share views, and answer questions on religious matters by taking into consideration the fundamental source texts and methodoligy, and historic experience of the Islamic religion.” As one Turkish journalist put it, “The objective of the Diyanet is to keep Islam under control of the state and to keep the public under control of the state by means of Islam.” If you are Sunni Muslim this might not sound so bad. All your new mosques I see being built and upgraded everywhere and all your clerics salaries are paid by my taxes, and everyone’s in Turkey regardless of religion, via the Diyanet. However, if you are Alevi, Yezidi, Jewish, or Christian every restriction you face and every bureaucratic roadblock you face as well as every website of yours joining those 81,000 blocked comes courtesy of the Diyanet. Thanks to yesterday’s elections, their effectiveness will only continue to grow.

Yesterday, the people of Turkey exchanged a little more freedom for the illusion of stability. So today… Today I weep for Turkey.

6 thoughts on “Today, I weep for Turkey”